Bleeding Side Effects of Xarelto Lawsuit in Ohio

Posted by Reuben Brakebill on December 18, 2015 in The effect of drugs on our health | Comments Off on Bleeding Side Effects of Xarelto Lawsuit in Ohio

A personal injury and product liability lawsuit has been filed in the U.S. District Court for the Southern District of Ohio by Molly Harr from Ohio, against the manufacturers of Xarelto. Harr claims she suffered from gastrointestinal bleeding after taking Xareto which is used as a blood thinner or used in atrial fibrillation treatment.

Allegations Made by the Plaintiff

In September 2013, Harr was prescribed Xarelto to treat atrial fibrillation. A couple of months later she suffered from severe gastrointestinal bleeding, leading to further health issues.
Product liability lawsuits against Bayer and Johnson and Johnson in the United States for the problems caused by Xarelto are now centralized and consolidated. This process is also known as Multidistrict Litigation (MDL) and is currently before U.S. District Judge Eldon Fallon in the Eastern District of Louisiana.

Four trials related to Xarelto Bellwether are set to take place in early 2017. The Eastern District of Louisiana currently has 1,710 Xarelto injury lawsuits and the number of serious bleeding problems continues to rise throughout the United States.

Louisiana, Mississippi and Texas Trials
On February 6 and March 13, 2017 the first two Eastern District of Louisiana trials will take place. Mississippi’s trial will take place on April 24, 2017 and the Texas trial will commence on May 30, 2017.
Judge Fallon has ordered that 40 lawsuits will be selected in January 2016. They will be trial-ready and include details from those related to the case including doctors, plaintiffs, physicians and sales reps of the manufacturers of the drug.

Xarelto was first introduced in 2011 to replace Coumadin or Warfarin. It prevents blood clots in patients who suffer from deep vein thrombosis, have a risk of getting a stroke through atrial fibrillation or pulmonary embolism. Xarelto is the most used anticoagulant in the United States with annual sales reaching $1 Billion.

Risk of Anticoagulant Bleeding
There is always a risk of bleeding and other health issues from Xarelto and similar blood thinning products. However, Xarelto has caused many serious health problems in patients. In the most severe cases it has resulted in the death of patients.
It is advertised as an easy-to-use product but its safety is questioned. The effects of Xarelto cannot be reversed, unlike similar products such as Warfarin.

Pradaxa is a similar anticoagulant developed by Boehringer Ingelheim. 3,592 health problems were reported and 752 people died from side effects of Pradaxa. Xarelto was the cause of 3,331 bleeding problems and 379 deaths. Like Xarelto, Pradaxa doesn’t have an antidote. This has resulted in over 4,000 lawsuits. $650 million was eventually paid out in settlements by Boehringer Ingelheim. 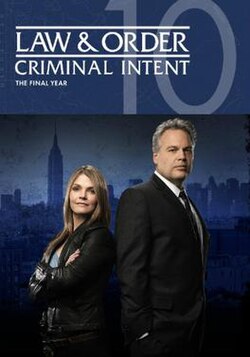